IIt occurred to me several years ago that two of my three passions were so intertwined that they followed the same season. Pinball, of course, has no season and was designed to help keep people like me (relatively) sane during the cold dark season of no baseball and no tomato growing. Yeah, you can still grow stuff inside, but it’s not the same. Yes, you can go to indoor heated batting cages, but that, like pinball, is just an outlet to prevent your descent into madness in the off-season.

“You want to know what I do in the Winter? I stare out the window and dream of Spring.”

As Walt Whitman (voiced by Garrison Keillor in the classic Ken Burns Baseball series) noted: “In our sundown perambulations of late, we have observed several parties of youngsters playing ‘base,’ a game of ball. Let us go out for a while and get better air into our lungs. Let us leave our close rooms. The game of ball is wonderful.”

All you have to is substitute “gardening” for “ball” and you get, “Let us leave our close rooms and get better air into our lungs; the game of gardening is wonderful.” But both have an off-season. Hall of Fame hitter Rogers Hornsby (who would have had a modern era batting average of .424!) famously told a reporter, “You want to know what I do in the Winter? I stare out the window and dream of Spring.”

After that last desperately ripened tomato is achieved; after the stands have been swept clean, the season is over. Then comes that potential-family-chaos holiday, Thanksgiving. (I think I’ll eat at Boston Market this year.) Then comes the much less treacherous Christmas and a brief bit of peace in our lives. (On second thought, I should volunteer at a homeless shelter for Thanksgiving; at least nobody will be arguing about when the turkey is done.)

Then the death march of January arrives. But in the Stygian darkness we are already beginning our rituals. Baseball managers figure out who they can get for their team this year. Gardeners study seed catalogs, planning their own lineups. The pre-season begins as the seeds and contracts begin to pour in, and we are rewarded for our perilous months in limbo with the arrival of March. 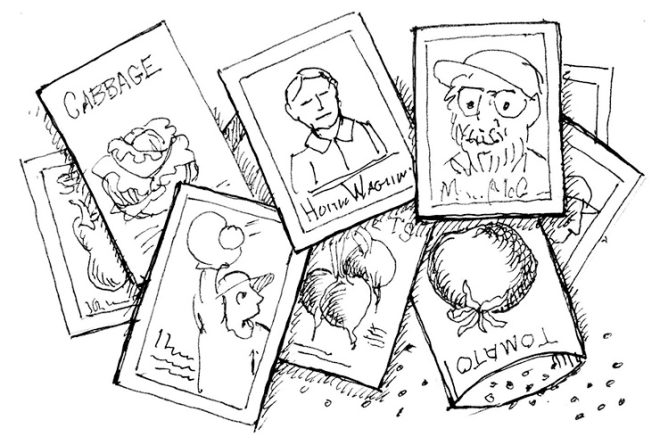 Spring training begins as we limber up from the off-season of darkness. Professional teams retreat to the cowardly climates of Phoenix and Florida. We gardeners stay on the home field and plant peas, anticipating picking those peas during the month of June. Major leaguers are hoping they perform well enough to stay with the team through June.

Now our mutual seasons are beginning. As the athletes loosen up and get ready for real games, we’re doing bright lights, heating mats, and the same hope that we will make it to the Bigs by open-ing day (and hope it’s no longer too cold to even pretend we’re having fun. Walt Whitman said to get fresh air into our lungs, not to breathe out frost.)

All with the same prayer: “This will be our year!”

While the big-leaguers pretend they’re not freezing to death blowing on their hands on May 15, we are at a critical step in our process. Plant now in the hope of getting an early lead? Or wait until the team is totally ready, with no cold nights forecast in the future? What would Moneyball say? Maybe you should sit on your hands for now (at least they’ll be warm that way).

Still, it’s a long season and you want to see what the youngsters can do, so put some in the field—but hold off on your big money players. Many seasons were doomed by injuries before the end of May. The teams who slipped their stars in here and there until June were the ones that would be playing after Halloween.

Injuries ARE going to happen; it’s part of the game. Be prepared!

For gardeners that means testing the waters with a few “disposable” plants. (What WERE you going to do with 14 Cherokee Purples in a nine-tomato garden?) If you’re lucky, those rookies will thrive. If not, your superstars will be warming up (by staying warm), ready to get into the game for real in June.

Sweet corn, pole beans, and indeterminate tomatoes are your tall, hard-throwing outfielders. Your infield has the quick-witted ones, just begging for a bunt: bush beans to squash to melons to hot peppers. It would take a great groundhog to make it through that line.

And now we hit the middle of the season. Spring training is over; the first month is behind us. Nobody wants to be inside—we get enough of that in January. Now the playing is fast. It’s a low humidity 80-degree day on a mid-season Sunday. Everything is possible. 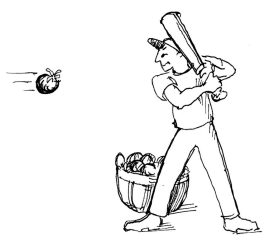 Infielder tears his ACL; a “helpful” neighbor weeds out your zucchini. No problem, this is why benches exist! Anxious players are praying to get in the game. And if you’re like me, you’ve got a bench full of replacement plants in the event of a hailstorm. Injuries ARE going to happen; it’s part of the game. Be prepared!

Most seasons progress to a sad, inevitable outcome. Many of us are done, physically and horticulturally by September. But it’s all gravy if you’re not. Suddenly you’re playing hard in late September, and then you’re in the playoffs. And if you’re still standing in October, you can win it all.

And if not (all together now): “There’s always next year!” ❖ 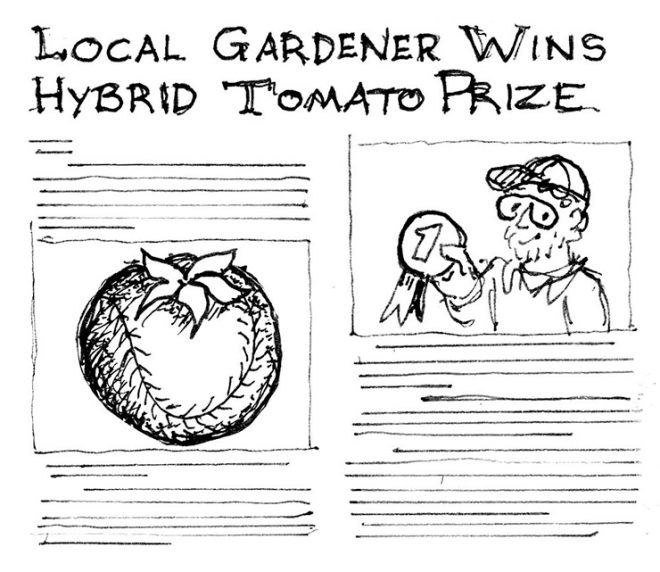