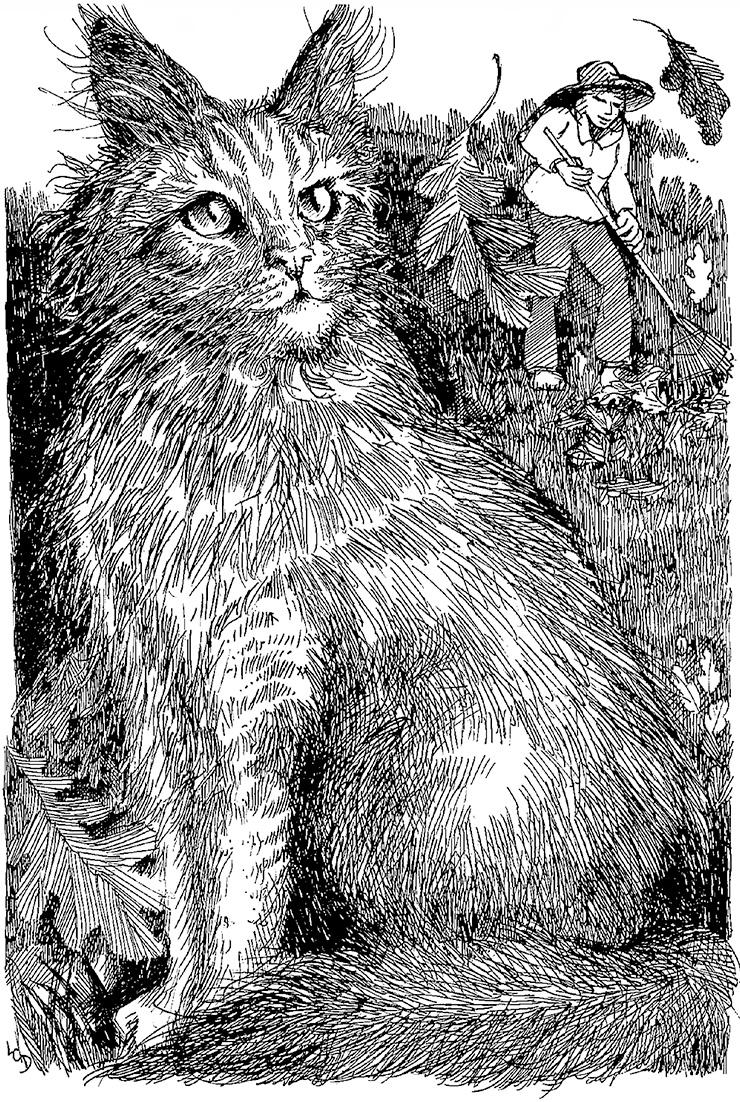 “Cats are the slipperiest of domestic animals. Thousands of years of genetic coding has taught them to melt into the azaleas, lie motionless behind garden gnomes, glide along fence tops and slink under benches.”
— Caroline Paul

WWhat makes a true garden cat? I would say one who accompanies the gardener on his or her rounds, helpfully dispatches grasshoppers (but not birds or butterflies), stays within boundaries—and always stops to smell the flowers. In art, cats are often pictured in a garden setting, sitting under a rosebush or posed theatrically lifting a paw to a butterfly just out of reach. That the cat probably ate the butterfly immediately after is not referred to.

Gertrude Jekyll felt very strongly that a garden was not complete without a feline companion.

In ancient Egyptian art, cats are often portrayed in a courtyard setting or chasing a mouse through the reeds. Shakespeare also referred to cats and gardens in his writings as do others in present times. There is a famous Colorado garden writer/designer who at one time had as many as 10 cats roaming her outrageously large and glorious foothill garden. She said she loved their company and many of the photographs in her garden books picture some of her cats sitting on boulders, rolling in the wood chips, or gazing soulfully at the majestic mountains nearby.

Noted English garden writer and playwright Beverley Nichols had several garden cats over his lifetime (named numerically, One through Five). He often said he could not imagine a garden without a resident feline. 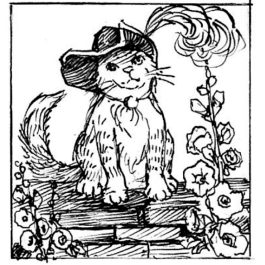 Gertrude Jekyll, arguably one of the greatest English garden designers, felt very strongly that a garden was not complete without a feline companion to accompany her while she was doing her garden chores. She had several cats and was fond of painting them posed artfully in her lovely garden. Her cat Thomas was fancifully pictured as Puss-In-Boots, and others were pictured sitting on a classic English stone wall. She even wrote a book for children with an entire chapter devoted to cats in the garden. She died in 1932, and her tombstone reads “Gertrude Jekyll, Gardener, Artist, Craftswoman.” But it should probably have added another line: “Garden Cat Aficionado.” 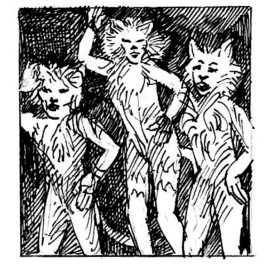 There is even a Broadway musical that portrays cats frolicking in various situations, sometimes on garden walls but more often in seedier places like the back alleys of London. I confess I kind of liked the stage musical “Cats,” but I will refrain from commenting on the universally panned movie of the same name except to note that Andrew Lloyd Webber, the creator of the original stage musical, was so upset after viewing the movie that he went out and bought a dog.

Garden centers, greenhouses, nurseries, and even public gardens are not immune to the tradition of cats and plants. It is normal (apparently) to be able to spot a handsome tabby or a black Tom stalking through the displays or hiding among the foliage. (The exceptions to this rule are the commercial box stores. Apparently corporate executives for these stores don’t appreciate the charm of cats sitting in the merchandise).

SSeveral years ago when I owned a retail greenhouse nursery, I confess I was not surprised when one day I looked up from watering the basil to see a little tabby face gazing at me from the next bench. Very tiny, she was immediately dubbed Rosemary (it was an herb nursery) and stayed with us for many years, delighting the customers who always greeted her first.

A surefire “other cat” deterrent is to have a resident garden cat of your own.

I should pause and acknowledge that not all gardeners appreciate having cats in their gardens. Particularly, cats that belong to someone else—or to no one at all. They don’t like going out to plant bulbs only to dig the trowel in and find evidence of feline occupation. They also don’t appreciate finding a lovely tight mound of catmint squashed flat because some cat lay down right in the middle of it. And though I love cats (I have three at the moment), mine are strictly house cats.

So I was annoyed when these things began happening to me in my garden—especially since I knew it was not my own cats but others who had invaded my space. I tried several kinds of deterrents (including rushing out waving my arms and screaming), but to no avail. They always came back. Until someone told me that a surefire “other cat” deterrent is to have a resident garden cat of my own to patrol the place. (A moment’s rational thought here would probably have shown me the flaw in this reasoning, but I was desperate.)

I selected the most obedient and friendly of my cats to be the star in this experiment. Kipper was a Maine Coon cat and pretty docile, but he had always wanted to go outside. I was aware of this. I had rescued him from the streets of Denver, so he had a memory of being out in the world and it never left him. He would watch me garden from the windows of the sunroom and every now and then, put a gentle paw on the window and give a forlorn little meow. I knew what he wanted.

I finally gave it to him. Daily, we would take a walk in the garden, Kip and I, and we would visit all the flowers, do a little weeding, sit on a bench in the sun. I kept an eye on him but he never strayed outside the fenced garden. Instead, he stalked grasshoppers, lay under the catnip, rolled in the fine dust. He was in cat heaven. And I have to admit, it was really nice to have him there with me. Having a companion in the garden gave me a whole new experience. And yes, he found his way into many of my garden pictures, posing nicely when I pointed my phone at him. I always took him back inside with me when I returned to the house, but we knew we could look forward to the next time we would visit the garden together. And I slowly noticed that the evidence of the “other cat” activity had vanished. It was just Kip and I, in our own little private paradise.

TThen one day last Winter, I lost my wonderful garden cat to cancer. I was devastated and lonely in the garden again (though I brought him home and buried him in his favorite spot near the quince). And I must say that from that day to this, all evidence of the outsider cats continued to be gone—as if Kipper had never left his beloved garden. Not one has ever returned. I suppose it might be that they think he is still here, watching over the garden, prowling the petunias, chasing the cicadas and haunting the Serengeti that is my back lawn.

And you know, maybe he is. Because after all, he was a real, bona fide garden cat. ❖