“Weeding never ends, honey. It’s the gift that keeps on giving, one of the few things you can count on in this life.”

Aunt Sadie’s words were a little hard to make out: She was on her knees with her rear end facing me, her face wedged between buddleias draped with blooms. Aunt Sadie was a whiz in the garden.

She held the pot towards me at arm’s length, as if in offering, and then simply let it go.

She stood up and smiled, her knees a little stiff. She wore funny little knee protectors that made her pants bunch up and old pink sneakers that had long forgotten what laces were. She kept the sun at bay with a madras plaid shirt, its cuffs turned up twice over her bony little wrists. The whole picture was topped off with the most ridiculous sun hat in the history of millinery, equipped with flowers of its own and perched delicately above a beautiful sea of wrinkles. Soft gray hair wafted at will out of the bun and puffed around her shoulders in the breeze.

She had always been my favorite aunt, so it was hard to sit there on the wooden barrel and lay my marriage bare in her hearing. In my expensive khakis and expensive loafers and expensive shirt, I should have been the perfect picture of what works. Instead, I felt like the late afternoon’s light passed right through me. There wasn’t enough left of me to cast a shadow.

I told her that I could remember when Marc and I had started heading in different directions. “Her name is Amelia. I’ve seen a picture of her. She’s beautiful.” The words felt like ashes in my mouth. It had been going on for maybe a couple of years. He had agreed to sell the house, and I was looking at an apartment up on Caiden Drive. 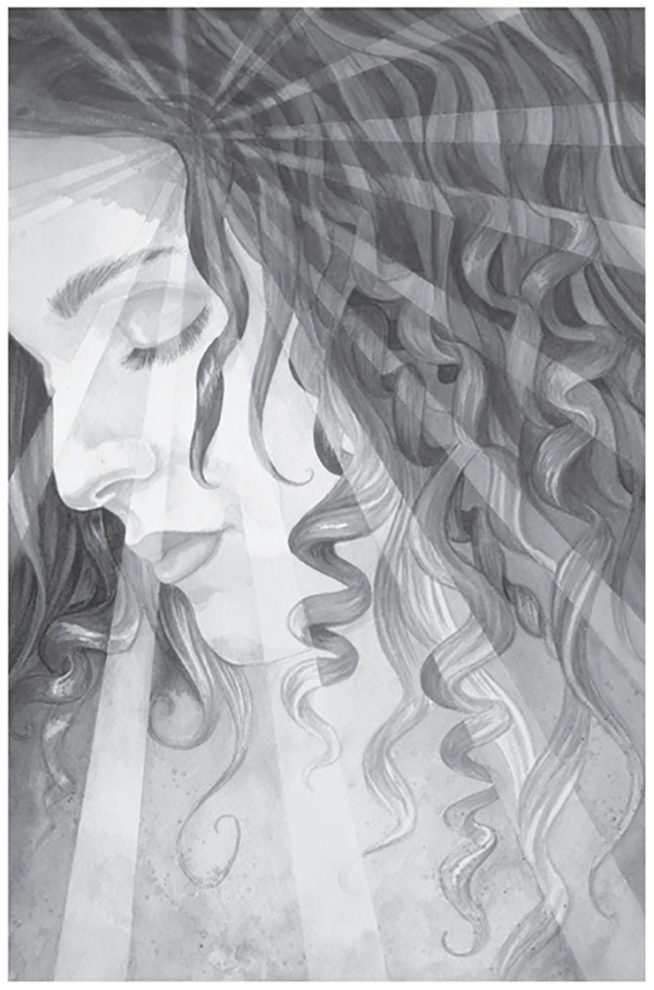 She knelt back down, working the soil quietly as my conversation wandered through ideas of what I had done wrong, where I had failed. My legs draping down the sides of the barrel, I listened to myself talk. My words floated out across the garden like summer bubbles, without any weight or substance.

Aunt Sadie pulled herself out of the hedge, leading with her rump and holding her hat on with a gloved hand. Then, looking at me, she pulled her gloves off, crossed the brick patio, and picked up a clay pot. It held an African violet, with soft green leaves and a nosegay of dark purple blooms tucked down in the center. They were her favorite potted plants.

She held the pot towards me at arm’s length, as if in offering, and then simply let it go. It crashed onto the bricks at her feet in a crumbled heap—a pile of clay and soil and broken leaves.

Stunned, I could only mutter, “Why?”

“Honey, we don’t always have the answer to why. It’s done.” She raised her eyebrows. “What do we do now?”

Her eyes were clear and kind. I sputtered for a moment. “Well, we have to get it into another pot,” I said, fumbling for words.

She smiled gently. “Yes. Repotting is sometimes messy, but with a good plant, good soil, water, and light, it’ll work every time.”

She gently slid her hands under the bruised violet and brought it over to an old wooden worktable near where I was sitting. Then she reached for another pot and some rich, aerated soil, and repotted the plant. She patted the earth down around it, watered it in, and set it back in a safe place. 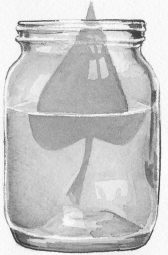 Next, Aunt Sadie picked up a single leaf that still lay broken on the bricks. She carefully put it in a jelly jar with a bit of water, as I had seen her do a hundred times before, and gave it to me, curling my fingers around the bottom. “You mustn’t doubt the strength or beauty of the plant just because the pot broke,” she said.

As she went to get the broom, I knelt down to the shattered mess still on the patio. I began to pick up the pieces just as the sun broke through and fell, warm, across my back. And with every piece that I picked up, less and less of the light went through me. ❖