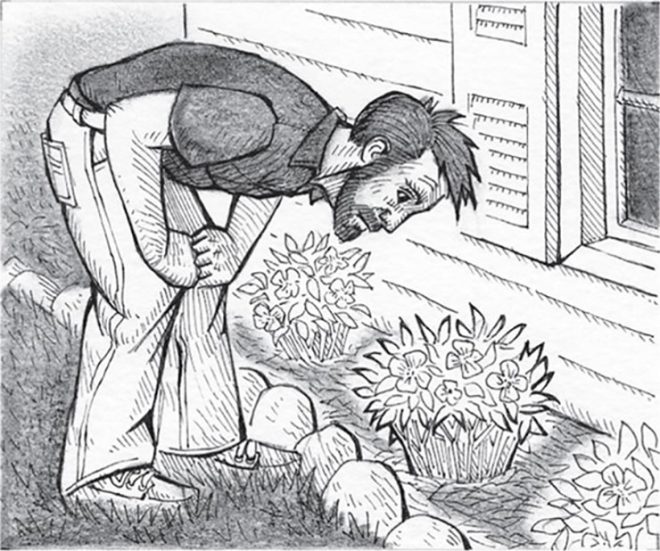 Several years ago, I planted eight azaleas to make a hedge alongside the house. There’s an old garden saying: “Give a one-dollar tree a ten-dollar hole.” In other words, it’s worth making an extra effort to get a plant off to a good start. Well, I had certainly given these $15 azaleas $150 holes! I had opened up the subsoil for good drainage, mixed the topsoil with appropriate amounts of peat moss and compost, set each plant into the earth at the right level, and topdressed them with cedar mulch to cut down on weeds, keep the ground cool, and conserve moisture. They had plenty of space between them, and they were in an ideal location—morning sun, afternoon shade. In return for my effort, every spring they lit up the side of our home with a beautiful display of dazzling white blossoms. They thrived.

For the past two years, though, they hadn’t grown much. My gardener’s instinct told me something was wrong, very wrong. I meticulously inspected each plant and the soil for any signs of infestations or disease. Nothing. Everything looked normal, but they weren’t getting any bigger. It was as if all eight of them had simply decided to stop growing. They definitely were not becoming the azalea hedge I had envisioned. Clearly, my concerns were growing; my azaleas were not.

“No tobacco. No alcohol. No cell phones. And does anybody know why healthy azaleas would suddenly stop growing?”

It was time to take action. I started by consulting with my fellow gardeners. With each one, the same sequence unfolded: I’d
explain the situation. They’d come over for an inspection and find nothing wrong. We’d scratch our heads, then start talking about how to rid the world of rabbits. Next I expanded my inquiry to garden centers, the local Farm Bureau and the County Extension Office. Nothing. On the World Wide Web, I joined several garden chat rooms, to no avail, though I did learn an awful lot about how to deal with woolly adelgid in hemlock trees and the history of lavender in Southern France. Even Jeeves didn’t know what was wrong with my azaleas, and, believe me, I asked him!

During a certain period of every year, I commute by bus between Delaware Water Gap, Pennsylvania, and New York City. I began discussing my azalea problem with my fellow commuters while we waited for the bus. Then I began discussing it with my fellow commuters while we were on the bus. After a few days of this, the bus driver began including me in his pre-trip announcement: “No tobacco. No alcohol. No cell phones. And does anybody know why healthy azaleas would suddenly stop growing?”

I knew things had deteriorated the day I stopped at a traffic light in my car, made eye contact with the driver next to me, “No tobacco. No alcohol. No cell phones. And does anybody know why healthy azaleas would suddenly stop growing?” and motioned for him to roll down his window. When he did, I asked him if he knew anything about azaleas. To my surprise, he answered: 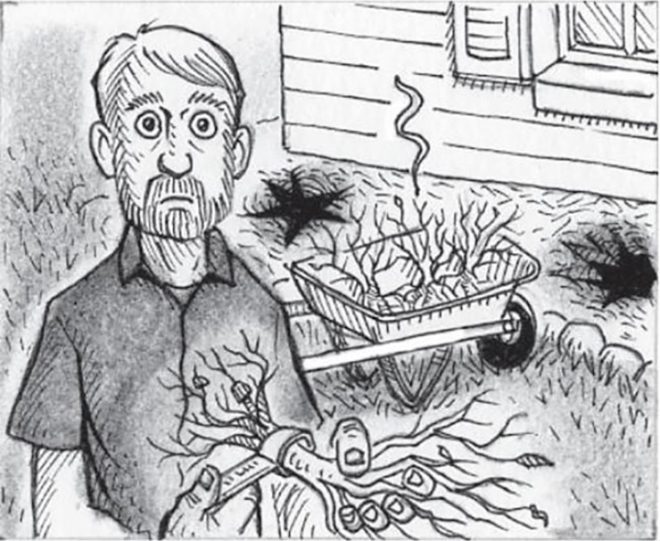 The light changed, and we both drove back into our separate lives.

U n b e l i e v a b l e , I thought. Feed ‘em! Of course, if you want something to grow, you have to feed it! I should have stopped at this light earlier. Could have saved myself a lot of aggravation.

They died, all of them. They all died because I had fried them with nitrogen. I had created Azalea Crispees!

It took a few days before I could face the inevitable task of removing their charred, spindly remains from their $150 holes. Finally, I began digging them up and tossing them into the wheelbarrow. A flash of silver caught my eye. It was one of those metal identification tags the nurseries attach to their trees and shrubs. I must have forgotten to remove it years ago, when I first planted
them. I cleaned off the dirt and looked at it closely.