AA few years ago I was asked to plan the gardens of a big estate in northern New Mexico. The site was in a lazy bend of the Rio Grande River, between the main house and outbuildings.

The project was for a historic nonprofit and eventually going to be opened to the public. I drew up a plan, found some volunteer workers, and began. Unfortunately, the volunteers soon fell by the wayside, and I ended up doing most of the planting myself.

I laid out the hundreds of plants and started popping them in the ground, but for some reason I started feeling very uneasy. I love gardening—planting is my joy—but every time I stepped on the site I felt an inexplicable dread and sense of death. I told myself I was being silly, pulled my truck up as close as possible, and turned on the healing music of Mozart and Schumann while I planted—but to no avail. I couldn’t shake the heavy foreboding that descended upon me whenever I worked. Indeed, after I’d been going there for several days, I started to feel nauseous and faint. Digging in that soil had evidently dug up things from another time or dimension as well. The energy felt worst in the quadrangle that I was working in and grew progressively lighter and cleaner the closer I got to the river.

I love gardening, but every time I stepped on the site I felt an inexplicable sense of death.

Understand: Ever since I was a child, I’ve had a certain sensitivity to other dimensions. It started off as a “funny feeling,” as I used to describe it to my mother when I was little. It progressed to occasional clairaudience and clairvoyance as an adult.

I finished planting, then informed the project managers that I would not continue working there. I recommended a local, well-known gardener to take my place. Shortly after she started work on the project, she had a bad fall and broke her leg. Not too long after that, she was diagnosed with cancer.

Could her fall and sudden sickness have been just coincidence? Who’s to say? I just know that I was both horrified for her and relieved that I had followed my intuition.

SSeveral months after I quit the job, I was in the area and stopped by the rustic tearoom next to the property. I started chatting with the owners, who had lived there for many years and knew the history of the property well. What I discovered explained it all.

I learned that the upper room of the main house constituted the judge’s chambers for the region after New Mexico’s statehood in 1912. The accused were brought before him, and he passed summary judgment, the worst being their immediate hanging in the garden where I had been working! Apparently there used to be an actual hanging tree, which had been cut down only recently.

I understood at once that I had with good reason felt death all around me, sudden and unwelcome death, death that still hung like a pall in that area.

I also learned that, a century or so earlier, one of the previous owners of the property had pushed his pregnant wife down the stairs of the house, killing her and her unborn baby. According to the tearoom owners, her ghost had been glimpsed through the windows on several occasions, pacing back and forth in the house, carrying her candle and weeping.

I immediately contacted the new owner of the property and suggested that we call some Native Americans to come perform a cleansing ceremony. From the Northeast and not familiar with local customs, she ignored my advice.
Shortly after, the barn on the property, which housed many horses and cows, burned down one night, killing all the animals. More evidence, perhaps, of the restless spirits haunting the estate?

EEver since that day, I pay a lot more attention to my intuitive reading of the energy around me. When I’m somewhere and begin to feel uncomfortable for no apparent reason, within minutes I get bad backache and neck pain. Once I get that, I pull up stakes and leave. About a year ago, it felt like I heard a voice telling me to get up and leave a dinner party immediately. There was someone sitting next to me with unspeakably bad energy, and it was making me feel as faint and nauseous as I had in the New Mexico garden. I mumbled apologies and stumbled out of my friend’s house, actually gasping for fresh air.

Just because we cannot see or hear something doesn’t mean it’s not real. ❖ 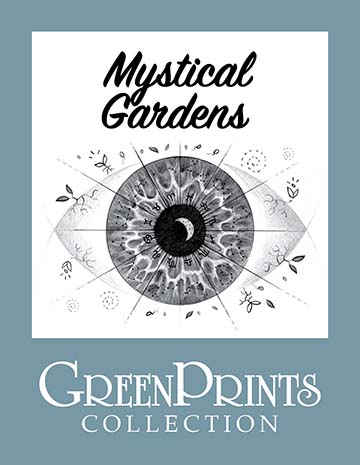