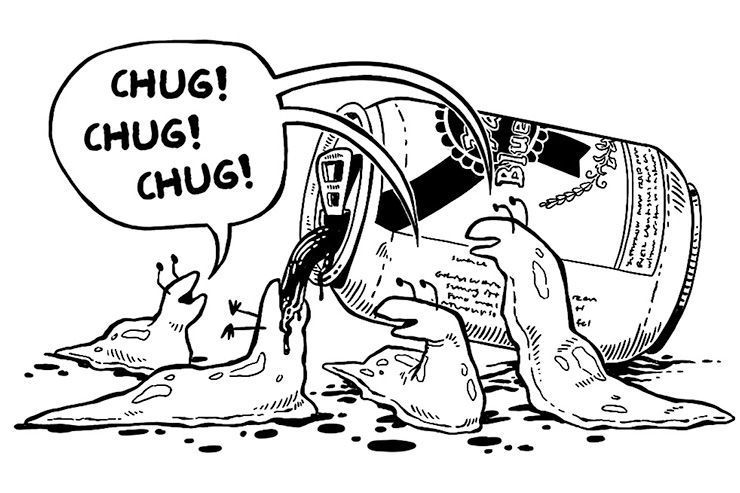 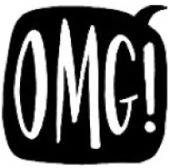 Mom, someone littered in your garden!” roared Lindsay after noticing a beer can near the raspberries she was sampling in my garden. “How rude!”

“That was me,” I responded.

When I told her it was for the slugs, her incredulous eyebrow arched in silence. She surveyed the garden for more evidence of my diminishing mental faculties and the horrible creatures I claimed were devastating my garden.

“You know you have a problem, right?” she only half-teased.

“YES!” I agreed. “Those monsters are eating me out of house and home.”

This craziness had not come lightly. I’d tried all kinds of slug solutions including slug bait, diatomaceous earth, and nematodes with only mild results. Those brazen critters even slipped over the copper tape surrounding my potato patch. That little electric jolt they got was more like a defibrillator that energized them into renewed life than the intended deterrent or, better yet, electrocution I hoped for. They consumed all the soft material of the potato plants leaving a skeleton of stalks and leaf veins. They slimed my raspberries, devastated my lettuce, and tucked themselves into my cabbage heads and ate their fill.

Some trays were filled to the brim with dozens of slugs. I had found their kryptonite!

I’d had enough and needed more information so I could eradicate them for good. I learned they are part of the mollusk family that includes snails (also octopi) and that a group of them is called a cornucopia. That doesn’t really fit my Thanksgiving idea of the word. The scientists did much better with the slug’s cousins, the snails. They call a group of snails an escargatoire. Much more fitting. So French and edible, yet brutal. Another word for a group of snails is a rout. That fits slugs better than cornucopia, especially considering a little-used definition of the word that refers to “an assembly who move toward committing an illegal act which would constitute a riot.” Yes, slugs ravishing my garden are committing illegal acts.

I also learned slugs are nocturnal. Me—not so much. But I did my best to get up early and slip into my Crocs for the early morning hunting patrol with a sharp stick and tweezers. The stabbing and squishing was satisfying, but time-consuming.

Then I heard beer was the trick, so I grabbed tall cans of the cheapest beer I could find.

Initially I set up my beer garden with Busch beer. The skinny dipping beer party was laid out free of charge, but those naked mollusks just snubbed their antennae at me and left viscous trails over half-eaten leaves. Instead of taking the plunge in the yeasty pool and drowning, those slugs hid under the beer trays, while a white film formed on top of the watery solution. Thinking they wanted something earthier, I set out trays of root beer. Again, nothing. Nada.

After trying other beer brands, I learned those terrestrial gastropods are picky beer connoisseurs. In my garden, Pabst Blue Ribbon is the preferred choice. It didn’t win that blue ribbon in 1894 for nothing.

I filled trays, pie pans, lids—anything I could find to hold the PBR. I put them everywhere. The next morning, I checked the traps. Some only had a few carcasses in them, but others were filled to the brim with dozens of slugs, pickled in a slimy sludge. I had found their kryptonite!

Anxious to get those buggers, each morning I threw my bathrobe over my jammies and slipped into my Crocs. One day, my husband Jeff heard me walking to the garage for my hunting tools.

“Honey, look at all these liquor store receipts,” he said as he followed me. “You might want to re-evaluate your drinking,” he reasoned.

He stopped when he saw the case of 16-ouncers. “You’re hiding beer in the garage?”

“For the slugs!” I explained. Grabbing a few cans and heading out the garage door, I yelled back, “I’m going to get those suckers!”

“Good morning,” suggested my neighbor. My blue bathrobe flared open as I spun around to find her taking the trash out before work.

“Oh, good morning, Ruth,” I replied as her eyes fell to the open beer in my right hand and two others sticking out of my robe pockets.

“Just going on slug patrol,” I volunteered. “Hey, are you doing anything with your rhubarb? I’d hate to see it go to waste before the dang slugs get at it.”

“No, no,” she stammered as she quickened her step back to her door. “Help yourself.”

“Thank you.” I saluted her with the hand holding my half empty beer.

I checked another trap. “Oh, look at the party you guys had last night,” I mumbled to the carnage while I dumped and refilled the tray. I pulled another beer from my pocket as Ruth headed to her car. She darted a nervous glance in my direction.

“Thanks again!” I called out, as I popped the tab, raised the can, and poured another PBR for my slimy friends to chug down on their Last Call in my beer garden. ❖