II began homesteading during the 1950s. As a member of the “make it do or go without” generation, I quickly developed into a compulsive seed saver. Over the last 40 years, many of the flowers growing in my gardens have come from seed scavenged from roadsides, old foundation holes, or other people’s gardens.

During one of my novice years, I saved seed from a bright new marigold I’d purchased the previous spring. What a joke I got the next summer when the plants finally bloomed—their blossoms were truly ugly! I carried one of my mongrel plants to the local Farm & Feed store to consult an older and wiser gentleman there.

“I expect what you’ve grown this time around is a mighty fine squmpkin.”

His initial “Mmmmm…“ had the serious professional tone of a doctor—until the corners of his mouth crinkled ever so slightly up. “What you’ve got here,” he said dryly, “is a donkey marigold.”

“A what? What in the world is a donkey marigold?”

“Well, you take a horse and a jack and breed them and you get a mule,” he said matter of factly. “In plant breeding, you do the same thing, you get what’s called a hybrid.” I nodded. “Well, this ugly fella sure isn’t the horse. So it’s got to be the ass.”

I shook my head. “You’re kidding me, right?”

He went on to explain that I must’ve saved seed from a hybrid: a plant produced by crossing two plants with certain desired qualities to make one that combines the best of both. “The seed won’t breed true. It usually reverts back to one of the parent plants like yours did.”

Tell me about it! After that, I grew all nonhybrid varieties for a while. But even then I got into trouble—like the fall I saved the seed of a particularly tasty winter squash. What that seed produced the following year ended up as calf food. So once again, with a sample of the offensive produce tucked under my arm, I proceeded to the local Farm & Feed store. As I approached, my garden guru stopped unloading grain bags off a delivery truck and hooked his arm over the dolly. He gave me a Now what have you done? look. I handed him my unappetizing vegetable.

“OK,” I said, “I did just what you told me. I planted nonhybrid squash, saved the seed, and this year’s harvest is for the birds! My calves won’t even eat it!”

“Well now,” he said, stroking his week’s worth of whiskers, “I expect what you’ve grown this time around is a mighty fine squmpkin.”

My eyes grew wide—and even wider when he added, “What else did you grow near your squash patch—last year?”

Thus I learned a valuable lesson about the sex life of plants: Seed saved from a patch of pumpkin, squash, and gourds may very well produce a crop of strange-tasting squmpkins and paush the following year.

After that, I started buying more garden seed from the catalogs. It beat trying to deal with all the promiscuous goings-on in my garden! ❖ 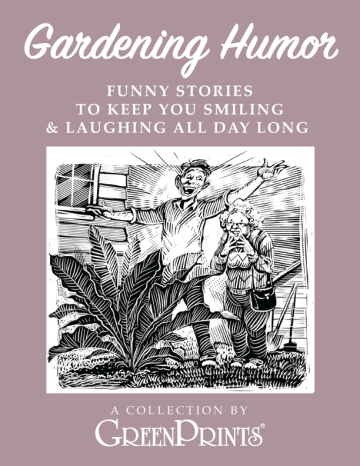