Have you ever been put in a place where you’d need to plant memorial flowers for yourself, or plant something that you may never see grow to its full maturity? It reminds me of the Indian proverb, “Blessed is he who plants trees under whose shade he will never sit.”

Buckle up your heartstrings for today’s story, “Love and Daffodils Forever.” It’s such a heavy piece that I had to read it three times, as I got lost in my own thoughts about what I’d do in a similar situation to the author’s husband … or even the author herself. Don’t fret though, it has a happy(ish) ending.

In today’s story, Nicolle Woodward’s husband finds out he only has a short time left to live, he insists on sending her out to spend time with family and friends while he’s sick, but in the end, he leaves her the most precious gift.

Although somber, today’s story is worth the read, and now I have a pretty good idea of what I’d like to do when put in the same position. How about you?

This story comes from our archive that spans over 30 years, and includes more than 130 magazine issues of GreenPrints. Pieces like these that turn stories of healing gardens into everyday life lessons always brighten up my day, and I hope this story does for you as well. Enjoy! 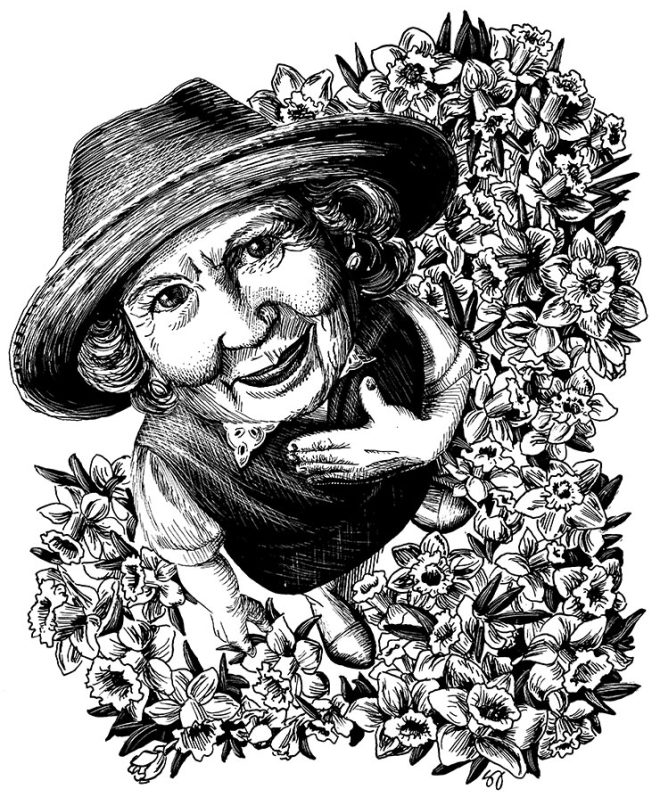 They had just celebrated their 39th anniversary in April when Bill went for his annual checkup. Always in perfect health, he was unprepared for what the doctor found. Symptoms Bill had ignored as “old age” led to questions, palpations, more questions, and finally instructions for a battery of tests.

“Just to be on the safe side,” the doctor had said. When Bill took the news home to Constance, she refused to consider that it could be something serious.

Fortunately, it was April and the gardens beckoned. There was more than enough work needed to prepare the beds for the coming season, and they threw themselves into the now-familiar yearly routine. They spent their days, as always, surrounded by trays of flowers and bags of mulch, wielding their favorite trowels.

As the summer progressed, 30 years of gardening rewarded them with a showplace of color. Benches and swings were placed amid the bounty of flowers, and they spent nearly every evening during the summer relaxing and basking in the beauty.

As they worked, Constance began to notice a subtle change in Bill. He seemed to tire more easily, had difficulty rising from his knees, and had little appetite. By the time the test results were in, she was no longer so sure of a good prognosis.

When the doctor ushered them into his office, she knew. His demeanor was too professional, too unlike the friend they had known and trusted for so many years. There was no easy way to say it. Bill was dying, with so little hope of curing his illness that it would be kinder to not even try. He had perhaps six months left, time enough to put his house in order, but little time for anything else.

They decided he would stay at home, with help from visiting nurses and hospice when the time came. Their children were both far away, one in Oregon and the other in Chicago. They came for extended visits, but with jobs and children, neither could come permanently. So Bill and Constance spent the ending time as they had spent the beginning time, alone together. Only now they had their beloved gardens, a great comfort to them both for that entire summer.

By September, Bill was fading fast, and they both knew the end was near. For some reason Constance couldn’t understand, he seemed to be pushing her to get out more. He urged her to call old friends and have lunch, go shopping, see a movie. She resisted until he became so agitated that she conceded and began making her calls. Everyone was more than willing to accompany her, and she found she did take some comfort in talking over lunch or during the long ride to the mall.

Bill passed away peacefully in October, surrounded by his family. Constance was inconsolable. No amount of knowing could have prepared her for the emptiness she felt. Winter descended upon her with a vengeance. Suddenly it seemed dark all the time. Then the holidays came, and she went to Oregon for Thanksgiving and to Chicago for Christmas. The house was cold and empty when she returned. She wasn’t quite sure how she could go on, but somehow she did.

At long last, it was April again, and with April came the return to longer and warmer days. She would go from window to window looking out at the yard, knowing what needed to be done, but not really caring if she did it or not. Then, one day, she noticed something different about the gardens. They were coming to life sooner than they had in the past. She went out and walked all around and through the beds. It was daffodils. Hundreds and hundreds and hundreds of daffodils. She and Bill had never put many spring plants in their gardens. They so enjoyed the colors of summer that they had only a few spring daffodils and hyacinths scattered here and there.

Where did they come from? she wondered as she walked. Not only did the blooms completely encircle each bed, they were also scattered inside, among the still-dormant summer plants. They appeared in groups all over the lawn, and even lined the driveway to the street. They ringed the trees, and they lined the foundation of the house. Where on earth had they come from?

A few days later she received a call from her attorney. He needed to see her, he said. Could she come to his office that morning? When Constance arrived, he handed her a package with instructions not to open it until she returned home. He gave no other explanation.

When she opened the package, there were two smaller packages inside. One was labeled “Open me first.” Inside was a video cassette. Suddenly Bill appeared on the screen, talking to her from his favorite chair, dressed not in pajamas but in a sweater and slacks. “My darling Constance,” he began, “today is our anniversary, and this is my gift to you.” He told her of his love for her. Then he explained the daffodils. ”I know these daffodils will be blooming on our anniversary, and will continue to do so forever,” Bill said. “I couldn’t plant them alone, though.” Their many friends had conspired with Bill to get the bulbs planted. They had taken turns the previous fall getting Constance out of the house for hours at a time so the work could be done. 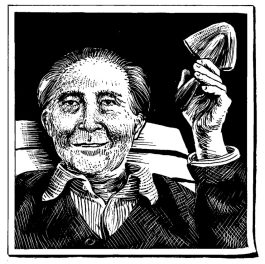 The second package held the memories of all those friends who so generously gave of their time and energies so Bill could give her his final gift. Photographs of everyone came spilling out, images captured forever of them working in the garden, laughing, taking turns snapping pictures and visiting with her beloved husband, who sat bundled in a lawn chair, watching.

In the photo Constance framed and put by her bed, Bill is smiling at her and waving his trowel. ❖

Does this story remind you of one of your own? Would you plant your own memorial flowers?  Leave a comment and share it with us!