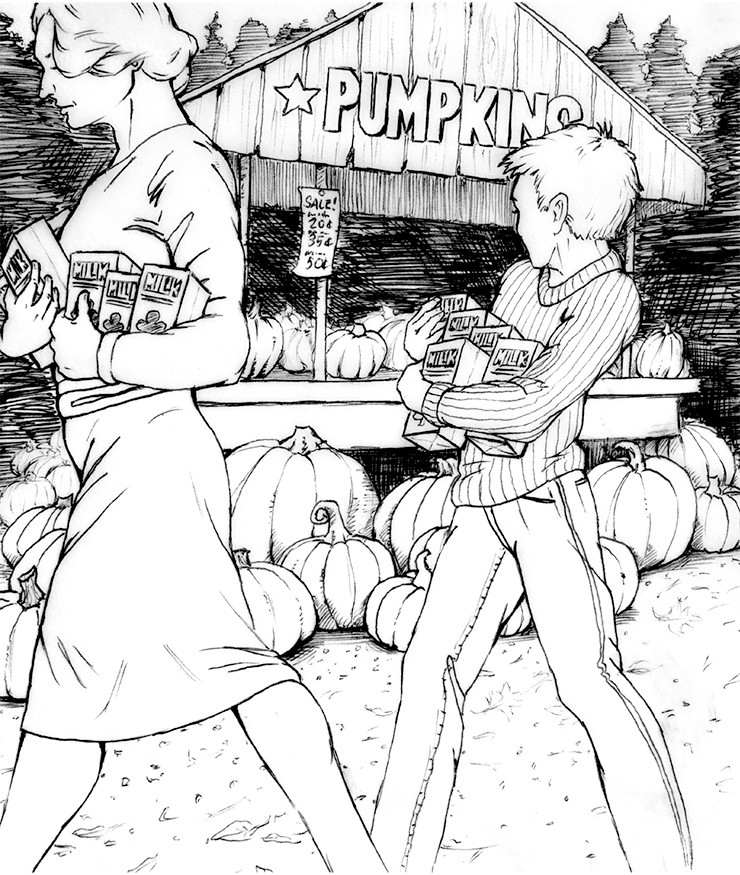 TThis is a story about a young boy, his mom, and a cool crisp October afternoon in the early 1950s.

There had been a strike by the milk delivery drivers on Long Island where we lived, and the local stores quickly ran out of both fresh and powdered milk. That meant no milk for my morning bowl of cereal or cream for Mom and Dad’s coffee. Even school didn’t have those little half-pint cartons of milk that were a lunchtime staple. But for me the biggest hardship was losing my after-school glass of chocolate milk, the one I mixed at home with Hershey’s syrup. That hurt.

I knew it was not a good time to ask Mom to buy me a pumpkin for Halloween.

After a few days of this crisis, Mom heard on the radio that milk was available at a local warehouse, only a few miles from our home. So one bright afternoon, Mom picked me up after school and drove over to the warehouse on Long Beach Road. We had to park several blocks away and then join the very long line of waiting housewives. We joined the line right in front of a farm stand that, since it was October, had hundreds of pumpkins of all sizes for sale. My older sister and I did go trick-or-treating every Halloween, but we’d never had a pumpkin to decorate our front porch. I’d always secretly envied those friends who annually carved their own jack-o’-lanterns. But in those days, kids were not so assertive about their desires, so I gazed longingly but silently, as we slowly moved by and up the block.

BBy the time we finally entered the cavernous warehouse, the sun was setting, and our feet were cold from standing and shuffling on the concrete sidewalk. Mom approached the long table where a couple of men were taking money and passing out quart containers. This was before milk came packaged in plastic gallons and half-gallons. The waxed-carton quarts had to be carefully carried lest they spring a leak. Milk goes quickly in a family of four, so we bought as much as Mom and I could safely carry back to the car, about six quarts each. Arms filled with milk cartons, we started back up the street toward our car, walking right past the piles of pumpkins. It was getting late, and we were both cold, footsore, and burdened. I knew it was not a good time to ask Mom to buy me a pumpkin for Halloween.

So we passed them in silence, made our way to our old Plymouth, and stowed our quarts of milk. As we settled into the front seat, Mom looked over at me with a knowing smile.

I finally settled on a small-medium one for which Mom paid the grand sum of 35 cents.

“Ed,” she told me, “you’ve been a good boy and a big help carrying the milk. And so patient waiting on line! Would you like to pick out one of those pumpkins as your reward?”

My face lit up. “Really, Mom? Oh, yes!” She drove back to the farm stand, we parked in his lot, and I got out to select a very special pumpkin. I finally settled on a lovely, small-medium one for which Mom paid the grand sum of 35 cents. To this day, I remember that exact amount and the thrill of carrying that pumpkin on my lap on the drive home. That evening, Dad sketched a jolly face on it, and together we carved my first jack-o’-lantern.

II have seen many Octobers since, and I have bought bigger and better-shaped pumpkins for my own sons and grandchildren, but none has ever compared with that first pumpkin. But what I remember best was the gentle smile on my mother’s face as we drove home through the dusk of that perfect Autumn afternoon. ❖ 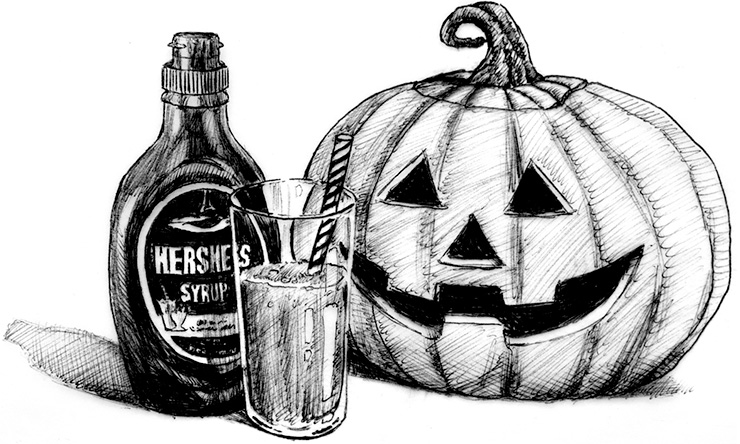