BBack when I had a real job, my coworkers loved it when I brought veggies from my garden to share. At least they said they loved it. Unless you think they were just being polite in thanking me for all that free zucchini? Surely not. But one day, when describing the fertile soil that produced this bounty, I happened to mention to a colleague that I pee in my compost pile. Executing a perfect spit-take with my homegrown radish, she announced that she would no longer be eating any produce from my garden.

Gardeners, our society’s panic about pee has gone too far.

She was just kidding. I think. But the joke works because it highlights our society’s aversion to urine and our ill-conceived desire to live in a sterile environment. We’re raised to fear wee-wee, a feeling reinforced by our shared traumatic experiences. From the smell of city alleys to the sight of Kevin Costner drinking his own in the movie “Waterworld,” we are conditioned to be repulsed by pee. In perhaps the ridiculous apotheosis of this trend, a few years back some stoned skateboarder in Oregon was caught micturating into a lake that supplied drinking water to a nearby town. In response, spooked local authorities drained the whole reservoir, wasting millions of gallons of fresh water, not to mention trace amounts of healthful, trendy CBD.

Gardeners, our society’s panic about pee has gone too far. It’s time to fight back. (Our chant: Free The Wee!)

UUrine is a precious bodily fluid. It’s full of nitrogen and also contains phosphorus, potassium, and micronutrients, in the forms most easily absorbed by plants. Yet we flush it away, turning it into a pollutant that causes algae blooms in our rivers and lakes. Sending it to the garden instead would reduce this burden and feed our plants. 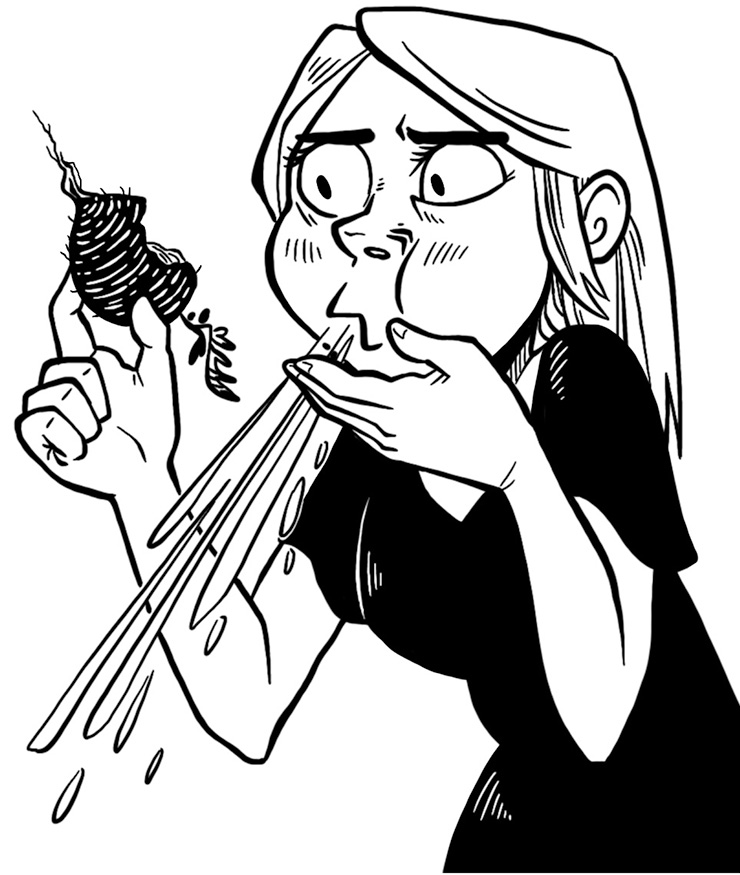 Wendell Berry said when industrial farms struggle to dispose of animal waste rather than using it to improve soil and then drench their crops with chemical fertilizers, they are turning one elegant solution into two big problems. We have the power to change the world, meeting this challenge one garden at a time. Let’s stop wasting our waste!

We have access to a steady stream of free organic fertilizer, but we’ve just been pissing it away. That’s money down the drain! Tinkle irrigation makes even more sense in an arid climate like Colorado where I live: we can, as they say, make water.

We should all pee in our gardens, and not just in the compost pile, although it’s a great accelerator. I use it on the fruit trees and vegetables, especially the peas and leeks, naturally. And of course I pee in the asparagus patch. That feels right, because no vegetable is more closely associated with urine. When we eat asparagus, we’re strongly reminded of it the next time we visit the loo. So payback is rich—in nitrogen!

Relieving ourselves in the garden is fun, too. Perhaps we have a primal urge to mark our territory. Does a bear pee in the woods? Yes, and no soil is healthier than the forest floor. We love the power to write our names in the snow or put out campfires. Now we can have the same feeling in the garden. I realize some of this applies specifically to those of us with built-in spray nozzles. 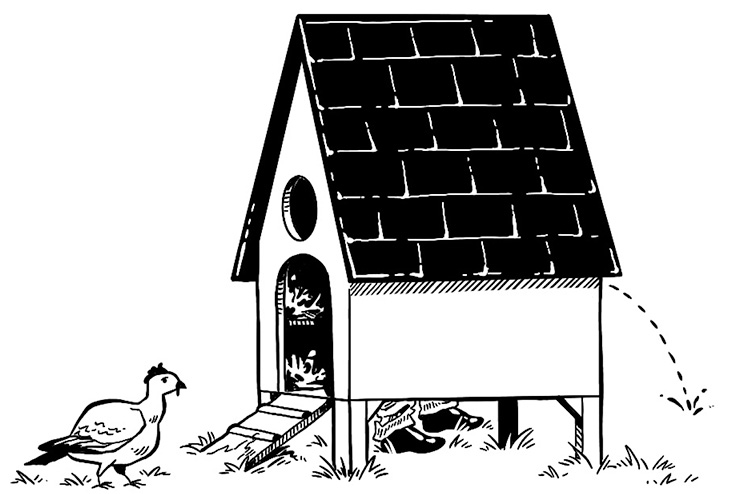 But with a bit of creativity or additional equipment, I’m sure the rest of you can enter the pissing contest, too. Everybody wins, and the prize is a bountiful harvest.

I suppose this predilection makes me a urophile, but not in a creepy way. My fetish is limited to the garden, I swear. There are no dossiers about me. And I’m a Europhile, too. They’re way ahead of us in urine recycling in places like Holland and Scandinavia. In Amsterdam, they collect pee from urinals in a public square to water the city’s green roofs.

We have access to a steady stream of free organic fertilizer, but we’ve just been pissing it away.

Nowadays, whenever people enjoy something, someone will come along and try to monetize it. I’m sure when this idea catches on, the garden industrial complex will swoop in to profit from it. Soon we’ll see $12 bottles of pasteurized piddle in the garden shops, with clever names like Urine Luck or Gee Whiz or N-Pee-K. And I shiver to think of the slogans. “Golden showers bring May flowers?” Eww.

These gross marketing efforts are sure to fail. There are some things I just will not buy on Craigslist. And the theory of trickle-down agronomics appeals to our frugality as gardeners. As with compost, we prefer to make our own. Costly synthetic fertilizers and pre-packaged pee are a piss-poor substitute for the real thing. We’re holding a free source of quality organic fertilizer right in the palm of our hand. Why spend dollars when you can spend a penny? (That’s British slang, so it’s a joke for the Europhiles among the urophiles.)

OOf course, it pays to be discreet. Don’t be a human Rain Bird out there. We wouldn’t want a routine fertilizer application to lead to indecent exposure charges. I keep an old glass pitcher behind the chicken coop that I can fill furtively and carry out to the lucky plant. I don’t think my neighbors are privy to my secret. They probably just wonder why I’m pouring all this apple juice on my crops.

So let’s all answer nature’s call, go in the garden—and wet the beds! ❖