II live in a city with a city-size, shady yard. Unfortunately, most of the shade-producing culprits belong to my neighbors, and I can’t do a thing about it. A less stubborn person would have given up on vegetable gardening a long time ago. I have to tuck my vegetables and herbs amongst my flowers and shrubs in the few sunny spots I can find.

Last year the tomato, squash, and grapevines outdid themselves and completely jungle-ized their garden spots. Although I tried to train the squash to climb the fence and I confined the tomatoes, the vines all intermingled, anyway. They grew onto each other, onto the wrong side of the fence, and into the redbud tree. The grapevine sent tendrils into the lilacs. What a disgrace! My poor kale, trying to grow under the jungle canopy, faded to almost white. In another area, the cucumbers grew into the cannas and up the side of the house. Really, the vines were out of control!

My father’s garden is always picture perfect—sunny, terraced, with lovely straight rows, and diligently weed-free. He gets his seed order in February and plants his broccoli, tomatoes, cabbage, and peppers indoors in flats. He babies them and waters them with an old pop bottle that has a little cork sprinkler head.

When they are big enough, he separates the tiny seedlings into little individual containers where they are further pampered until the last danger of frost has passed. Then he sets them out using a string guide and a manual push tiller that was his grandfather’s. His garden has no pale kale, no uncontrolled grapevines, and no tomatoes or cucumbers climbing onto the beans or into the neighbor’s yard. On top of that, he plants four different varieties of everything and tries something new every year. Last year, it was stevia. He actually drives my mom a little bit crazy.

Everyone in his little town acknowledges his garden prowess and benefits from the harvest. The Blobaum garden produces far more than he and my mom can eat, and he shares generously. I save seeds from vegetables that I have enjoyed. Sometimes that makes for some very bizarre-looking plants because of hybridization. I start them indoors, just like my dad. But that’s where the similarity ends.

Last year, my best-producing tomatoes were also the weirdest-looking I have ever seen. Squatty and lobed, these resembled mini stuck-together plum tomatoes, but they didn’t seem to care that they didn’t have eight-plus hours of sun a day.

We loved them! And they kept producing well into November, because we didn’t have a killing frost until then (which is unusual here in northern Illinois). I saved more seed from them for this season. I wonder what the next crop will look like! Even more mutant, I imagine.

My greatest success, however, has been squash. Butternut squash. I like it the best. And it did not mutate, and it doesn’t mind less than optimal sun. I saved lots of this seed.

Last year the squirrels gnawed two of my beautiful squash, but then, mercifully, they left them alone. Instead, they ate every single peach off our two trees. Why eat squash rind when you can have a lovely hard green peach, right? By the end of the season, I had harvested 17 beautiful and curvaceous tan squash.

I steamed and froze most of it in chunks. Then we had baked squash. We had squash soup. We had mashed squash. I even roasted the seeds, which my husband liked as much as his favorite, pistachios.

Yet come November after that first frost, I found a few more squash that had been hidden by overgrowth and weren’t damaged. I stowed them in a basement room that was cool and dry. “If they survive, these will hit the spot some wintry day,” I mused. I cooked fresh squash for Thanksgiving dinner, and at Christmas, I used some of my freezer stock. January passed, and I forgot about the guys in the basement.

As we were putting away the last of the Christmas stuff (on, ahem, Valentine’s Day), I rediscovered the last two squash lolling about where I had put them. I brought them up to the kitchen and cut into them. They were still perfectly good. I steamed the chunks and then puréed them in the blender while still hot, along with fresh ginger, onion, red pepper, olive oil, and almond milk. The result? Absolutely delicious! Even my sister-in-law, who doesn’t like orange vegetables, loved the soup. And the best thing about it? Squash that I raised, organically, in a small, squirrel-infested yard where it had to fight with tomatoes and grapes for sun and water and space, fed eight people for a birthday dinner in February. My guests emptied their bowls and asked for the recipe!

This article was published originally in 2018, in GreenPrints Issue #112. 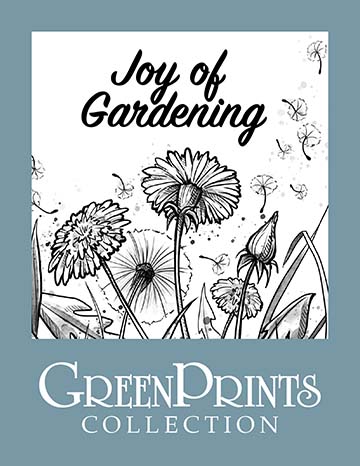