Late every Summer, the grasshoppers appear in the horseradish. Temperatures start dropping fast here in upstate New York after these guys show up: anything that won’t stand up to a frost needs to be gathered up.

Abruptly, the smaller grasshopper leapt upon the larger, knocking it to the ground.

I was after the last of the summer squash when I came across a big grasshopper, sunning itself in the middle of a broad, green leaf. It caught my eye because it was missing one of its big back legs. Further inspection revealed that the very tip of its abdomen was also missing; a wee white knob of innards was exposed for all the world to see. This was not a grasshopper having a good day.

There was another grasshopper nearby—smaller, browner, complete. It stood perfectly still as the larger, injured grasshopper pivoted slowly toward it. For a long moment, the grasshoppers stood facing each other. Then the larger one brought its antennae forward to rest gently atop those of the smaller. It began to twitch its antennae, slowly at first and then much more rapidly. In response, the smaller grasshopper’s back legs trembled violently. I wondered about their conversation. Was this how one generation passed its accumulated life wisdom onto the next? It was not unlike getting a glimpse through the hospice door. Perhaps these two grasshoppers were mother and child. Or lovers, soon to be parted. This strange insect embrace I was bearing witness to was possibly the final gesture in a lifelong relationship.

The larger grasshopper, clearly less sentimental than me, finished saying whatever it had to say. It slowly turned away and began a lopsided descent over the crinkled horseradish leaf. The pair returned to my horseradish. First the larger, looking none the worse for wear but mov-ing slowly. Then the smaller, returning to perch on the leaf above and behind the larger—a position that had already proven to be of some strategic importance.

The larger grasshopper wasn’t having it. It turned toward the smaller one and progressed one slow, deliberate step forward. In response, the smaller grasshopper sped up the horseradish leaf, scaling its way to the thin ruffled edge. It perched there precariously for a long moment, then launched itself out into space.

Time went by. The smaller grasshopper did not return, and the large one did not move from its hard-won spot. A day later, the scene was the same: larger grasshopper poised on leaf, smaller one nowhere in sight. The day after that, also. The third day, a good breeze blew through the garden, shaking everything quite violently. When it was done, the large grasshopper was gone. Two more days passed before the small one took its place. Once there, it stayed, king of all it surveyed, until the frost came. 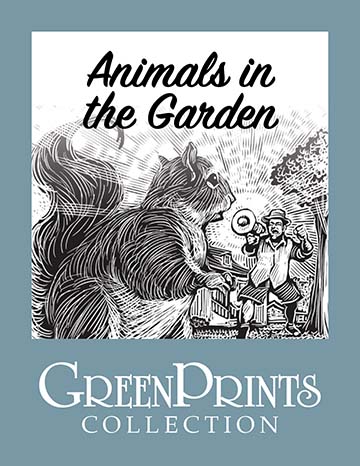