IIf you happen to be a celebration-prone type of person, as an American you’re in luck: The United States is awash in unexpected holidays. In fact, there’s at least one for every day of the year. January alone features dozens, including Fruitcake Toss Day, when one chucks the rejected holiday fruitcake (if you miss Toss Day, you’re obliged to keep the thing for another twelve months); Houseplant Appreciation Day, an invention of the Gardeners’ Network, during which houseplant owners are urged to be particularly nice to their philodendrons; Penguin Awareness Day; National Handwriting Day; Thesaurus Day—on Peter Roget’s birthday (try to use lots of synonyms!); and National Inane Answering Machine Day, which in my opinion we could better do without.

World Naked Gardening Day dates to 2005. It’s celebrated on the first Saturday in May—usually still a little nippy here in Vermont—and originally was the brainchild of Mark Storey, an editor at Nude & Natural magazine. Storey was reportedly inspired by the World Naked Bike Ride, an annual international event in which people take to the streets on skateboards, skates, and bicycles, but without all those little Spandex T-shirts and bicycle pants.

Running around bare has a long social history. Ancient Indian sages discarded clothes, along with a long list of other worldly repudiations; and one particularly dedicated ascetic is said to have meditated naked for one entire year, during which time plants grew up around his legs. Contestants in the original ancient Greek Olympic Games competed naked; one story holds that this was the fault of an athlete named Orsippus of Megara, whose loincloth fell off in the course of a race, tangling his feet, and causing him to trip, crack his head, and die. A nicer alternative claims that, freed of his loincloth, Orsippus was able to put on a burst of speed and win the race. Either way, subsequent Greek sportspersons took the lesson to heart and threw off their clothes.

Greek athletes seem to have practiced in the altogether, too: Our modern word gymnasium comes from the Greek gymnos, which means naked as a jaybird.

Even traditionally well-laced-up early Americans had their moments of fashion freedom. Benjamin Franklin was fond of air baths—which involved sitting stark naked in front of an open window. John Quincy Adams as president was known for skinny-dipping in the Potamac—usually at 5:00 a.m. or so, following his daily Bible reading. One story claims that Anne Royall—sometimes described as the first female journalist in America—became the first woman to interview a president by the simple expedient of arriving at the river at the crack of dawn and sitting down on Adams’s clothes.

Andrew Jackson, during his stint in the White House, also enjoyed nude swims. He also liked gardening, though he seems to have done his weeding and digging in trousers.

NNudity began to be referred to as “naturism”—which sounds pleasantly wholesome and healthy—in the 1930s when naked sunbathing and outdoor exercise became popular in Europe. Running bare, proponents argued, was good for you: It encourages body acceptance, a sense of freedom, and a close relationship with the natural environment. It also, according to modern science, improves sleep patterns and boosts self-esteem and self-confidence—basically by showing you that practically everybody is sort of funny-looking—and the naked, given a patch of sunshine, soak up a whole lot more vitamin D than the bundled-up. Walt Whitman and George Bernard Shaw were all for it, though Mark Twain was suspicious. “Clothes make the man,” wrote Twain (who favored three-piece white suits). “Naked people have little or no influence on society.”

Wholesome and healthy or not, public nudity has never suited everyone. In 1930, an offended Welsh mob is said to have attacked a nude beach, shouting “Not even cannibals would lie about in that condition!” And in Germany, Adolf Hitler, noting that nudist colonies attracted socialists and liberals, banned the practice. According to one account, German nudists subsequently emigrated to America, where many moved to the West Coast, adopted vegetarianism, and helped give birth to the hippies.

Unlike many national and international holidays, World Naked Gardening Day doesn’t take much out-of-pocket effort. The WNGD website suggests that people make the day a social occasion, perhaps with family, friends, your local gardening club or—should you have one—naturist group; and urges participants to garden au naturel anywhere from the (private) backyard vegetable patch to the (public) town park. Just this once a year, in other words, take off your clothes and go plant some zinnias.

The ancient Greeks would have gone for this.

The Greek poet Hesiod—known for a long poem titled “Works and Days,” in which he points out somewhat dismally that labor is the universal lot of humankind—insisted that crops would do far better if farmers did all the heavy work without clothes. “Sow naked, plow naked, and harvest naked,” wrote Hesiod, thus indicating to me that there were no mosquitoes or blackflies in ancient Greece, “if you wish to bring in all Demeter’s fruits in due season.”

DDespite all the obvious bennies, I can’t quite see throw-ing myself into World Naked Gardening Day, even with the prospect of a better-than-average harvest. For one thing, I sunburn easily; and for another, in early May up here, we’ve been known to have frosts.

On the other hand, after a long hard Vermont winter, it’ll be glorious to head back to the garden. In the spirit of the occasion, I may even take off my parka. ❖ 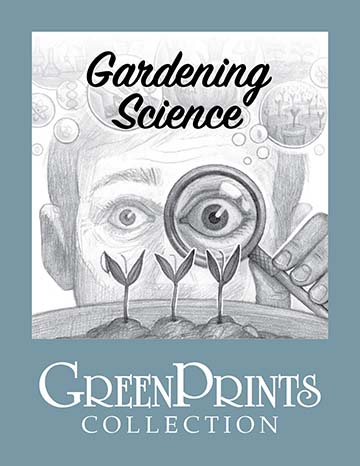