TThe rocky, uneven hills of the Ozark Mountains are not known to be an agricultural paradise. The “soil” is a deep red clay almost ready to be thrown onto a potter’s wheel—and that’s when you can find some among the rocks! But the year my daughter turned 3, I decided she deserved organic vegetables, and I would do everything I could to produce a raised garden that we could work in together. 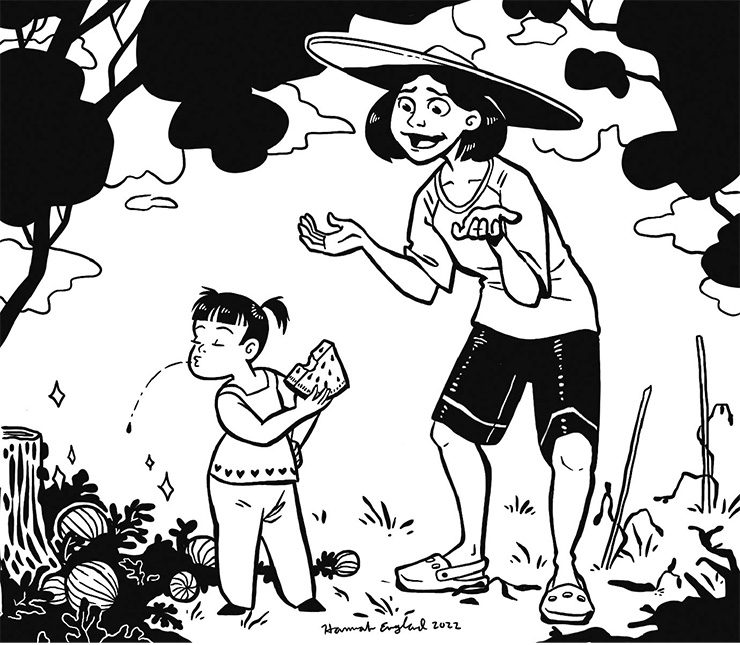 I had railroad ties hauled in from town (at a considerable expense) and put rabbit-proofing wire above and below them. I studied books and concocted my own blend of cow manure, peat moss, and fertilizer. I’d done everything except—oops—buy the seeds.

I soon found out that my child hated to get her hands dirty.

My daughter and I made another trip to the feedstore and went crazy shopping for packets adorned with beautiful fruits and vegetables. My little one was most intrigued by the flowers, but I supposed our 10’ by 15’ garden could do with a few posies. Now all we had to do was plant, weed, and wait.

I soon found out that my child hated to get her hands dirty. She’d perch on a wide stump and watch me try to distinguish the weeds from the seedlings, laughing out loud when the big hat I thought all gardeners must wear repeatedly blew off in the windy hills and I repeatedly chased it, unfortunately stepping on our promising-looking tomatoes. (Or were they squash?)

II dedicated my whole Spring and early Summer to that garden, to my child’s great entertainment. My child’s cheeks grew pink and healthy in the sun as she ate (store-bought) watermelon and tried to see how far she could spit the seeds, which made me laugh at her as hard as she did at me.

One day late in July it became obvious that the bugs and the shade from the nearby woods had won. We would be lucky to get a few string beans and a squash. “That’s all right, Mommy,” my daughter said, “we’ll eat my spitted-out watermelons.”

She led me to the stump where she had spent months patiently watching me and giggling—and pointed to the ground. There, in various stages of growth, were beautiful, perfect orbs, surround-ing the stump in every direction.

“We grew watermelons!” I squealed, hopping up and down, trying not to squash any.

“I grew watermelons,” she corrected me.

About two weeks later the first one was ready to be cut open—ripe and red as a ruby. We had fresh watermelon the rest of that Summer, all from my—I mean, her—garden. ❖