Have you ever felt like you’re carrying around extra weight, that you just can’t shake?

Well, it could be because we’re all carrying around up to three, yes, three pounds of bacteria. And you can actually improve gut health by feeding some of that bacteria through your gardening practices.

“You’re a we, rather than an I. Every human being is a colony, an unwitting cog in a thriving bacterial ecosystem,” writes Becky Rupp in today’s story, Grow (Your) Microbes. Well if that doesn’t make you feel like you have some higher purpose (or maybe just icky), then I don’t know what does!

I love Becky’s pieces in GreenPrints, they always give me a heads up on something cool/fun/gross which I adore equally. But her post isn’t just about the ickies, she dives deep into our gut bacteria, and how we can kill it, starve it, or feed it (and which is best). And guess what’s actually helpful for these bacteria vagabonds? Oh you know, just getting your hands in the dirt. Part of the reason why kids have such great gut bacteria, beyond breastmilk, the birth canal, etc. is that they spend so much time crawling on the floor and in the dirt, picking up beneficial microbes!

Keep reading for Becky’s full story, which explains more about how to improve gut health by cultivating our internal bacterial gardens.

This story comes from our archive that spans over 30 years and includes more than 130 magazine issues of GreenPrints. Pieces like these that inject gardening science into everyday life lessons always brighten up my day, and I hope it does for you as well. Enjoy!

Cultivating our own inner gardens. 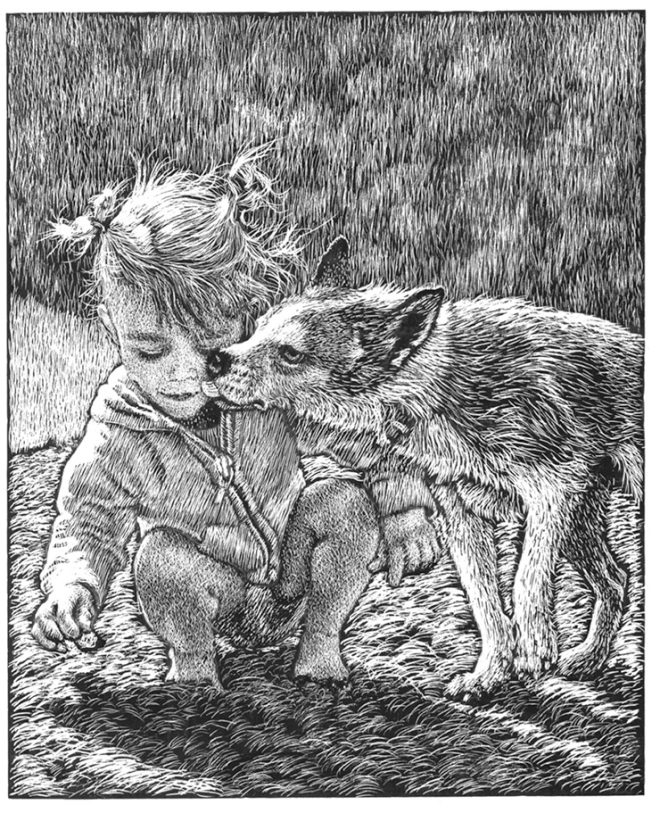 You might not think that this is all about gardens. But it is. Just wait.

Bacteria-wise, we’re a lot more boring than we used to be. The bacterial proﬁles of microbiomes from non-Westernized peoples are markedly different from our own. The microbiomes of people in nonindustrialized countries have a far greater diversity of gut bacteria and include species that are rare or ﬂat-out absent from our own. Ours, the latest research indicates, are impoverished, depleted, and shadows of their former selves.

Once you start thinking of yourself as a we, your take on the world changes. After all, you’re not just eating for yourself—you’re eating for a unique-to-you population of thousands of bacteria—and frankly, they’re not into junk food. Recommended for the good of your microbiome is a diet rich in probiotic (microbe-stuffed) fermented foods such as yogurt, sauerkraut, kimchi, and miso soup, and in ﬁber-rich prebiotic (microbe-feeding) foods, such as whole grains, fruits, and vegetables.

Think about it. It’s sort of like starving your pets. Antibiotics also don’t do much good to the microbiome. While sometimes we need them—and certainly shouldn’t avoid them when necessary—we should be cautious about overusing them. Studies show that the gut microbiome can take up to a year to bounce back after a course of bacteria-blitzing antibiotics.

The increasingly feeble Western microbiome, scientists suggest, is a result of our restricted lifestyle: We just no longer spend much time fooling around with dirt. A mere teaspoon of good garden soil contains anywhere from 100 million to one billion bacteria, comprising up to 50,000 different bacterial species. The more we interact with garden dirt, the better our chances of beefing up our internal bacterial ecosystems, and the better off—healthwise—we are.

But, whether we know it or not, we also garden to cultivate our internal bacterial gardens. And keeping that garden thriving may be more important than we think. ❖

By Becky Rupp, published originally in 2016, in GreenPrints Issue #106. Illustrations by Patricia Savage.

How do you improve gut health at home? Have you ever considered gardening to be an asset to your health in that way? What other ways do you think gardening helps with your physical or mental health?