Sometimes the fun of our hobby isn’t in the plants, flowers, or food we grow, it’s the animals in the garden (or, in the case of today’s story, frogs in the garden.) Isn’t it funny how excited we get when we can engage with nature? A baby bird broke its wing? Get a shoebox! Squirrel comes back to your deck at the same time every day? Make him a plate of acorns! As humans, we never tire of wanting to get close to wildlife.

In today’s piece, The March of the Tree Frogs, author Cathy Gilbert shares an adorable story of how a family (or families!) of frogs in the garden decided to make their own little obstacle course. Watching them flop around from pot to tree and then to another tree becomes the joy of each evening, watching them Cirque de Soleil their way along the tree line.

But the nightly show is put to a halt when a landscaper over-trims and creates a distance just too big to hop for the tree frogs. That is until Gilbert devises a way to get them back to the trees from the pots, instead of in the path of the cats and birds.

If you’re a nature lover and have wanted to nurse a sick animal (or frog) back to health just to get a chance to experience a pause in their day-to-day routine, you’ll love this story. 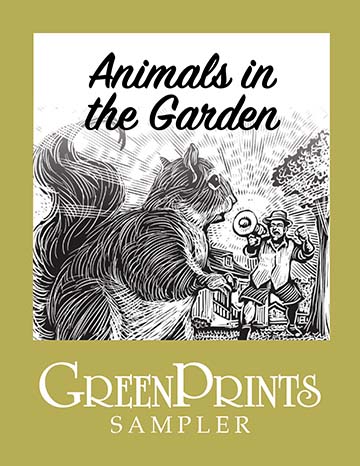 All Rise for the Frogs in the Garden 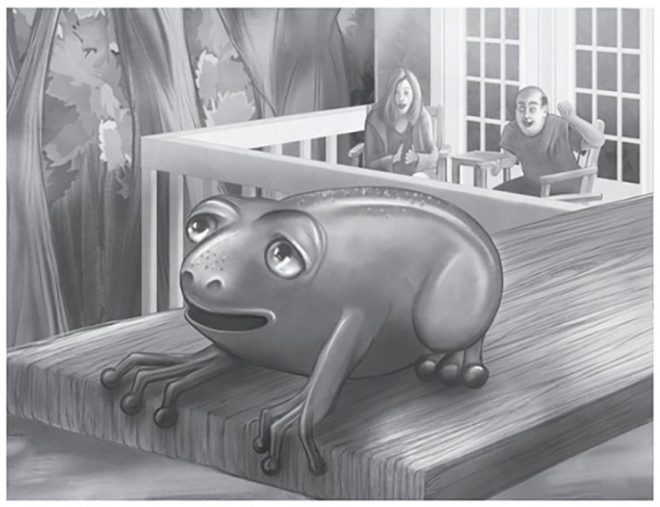 The March of the Tree Frogs

A most remarkable show.

The neighbor’s cat was on our deck railing, and it was obvious from the way he stood—crouched, head bent, still—that he was up to no good. I slid open the patio door and stepped outside to check. There, directly under his nose, was a plump, gray-and-brown tree frog. The small frog sat frozen, motionless except for the slight puffing at his throat.

By Cathy Gilbert, published originally in 2016, in GreenPrints Issue #106. Illustrations by Christina Hess.

Did you enjoy this story about frogs in the garden? Leave a comment below with your own story!

The Joy of Planning a Garden During Hard Times
The History of Lawns and Should You Mow?